The Traditional Mass Association of Minnesota is pleased to announce a silent retreat which will be held July 9th thru the 11th of 2021 at the Franciscan Retreat and Spirituality Center in Prior Lake, Minnesota. This retreat will be led by Father Cassian Dirocco, Father Daniel Mould, FSSP and Father John Gallas S.T.L. of St Paul Seminary. 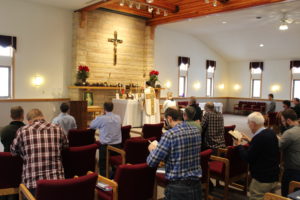 At our last retreat, a large group of Catholic men were deeply moved by the traditional spirituality and liturgy designed to help the men grow in their Catholic faith. The men experienced the fullness of God’s love and peace as can be had on this earth. Now more than ever, in a country torn apart by violence and division it is ever more inviting to “find the missing peace” that a Traditional Catholic retreat offers. Join us for a silent retreat filled with spiritual talks by some of the finest priests in Minnesota, plus Benediction, Adoration, Confession and the Traditional Mass. 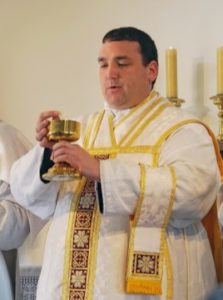 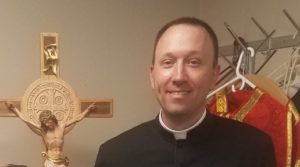 Father Cassian Dirocco, Father Daniel Mould, FSSP and Father John Gallas S.T.L. will lead the retreat. Please call 507.412.7917 to reserve your spot at the retreat. We are hoping to keep price around $275 for the weekend. Limited spots/rooms available.